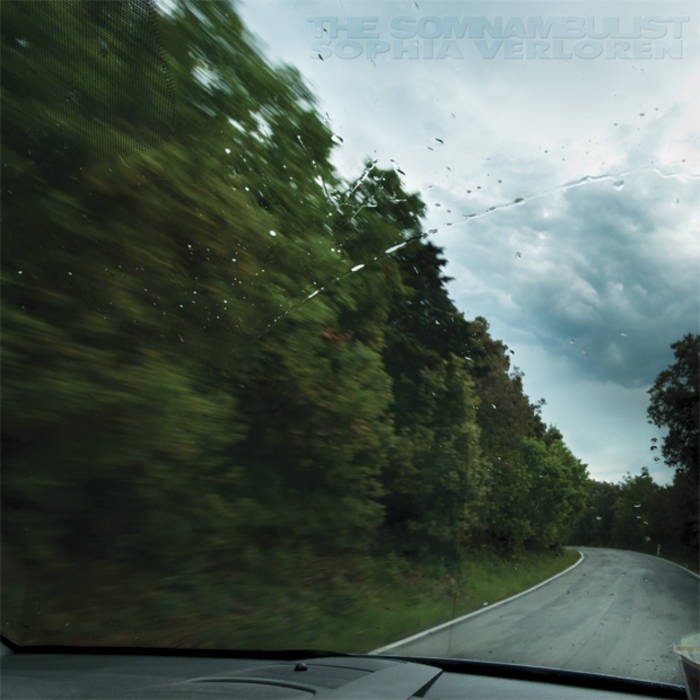 Like a kind of modern polyglot cabbala, already from its title the new album of THE SOMNAMBULIST shows all its evocative strength, its power in making common meaning explode so as to condense it again in original forms and sensations: finally a music at a high rate of misunderstanding.
With the transition from one album to another, THE SOMNAMBULIST reveals a further level of metamorphosis in a sound which englobes - like in a game of Chinese boxes - the transformations between songs and inside the songs themselves; a game beginning to characterize this continuous shift as the band’s signature style: the sonic kaleidoscope of “Moda Borderline” (the debut album out in 2010), filtered through the fractals of “Live in Berlin” (available since 2011 in digital format), here in “Sophia Verloren” it coagulates in a dry tissue of sound, plowed by cracks where silence often leaks from.
Resistant by nature to any attempt of classification, the music of THE SOMNAMBULIST grounds its ghost roots in those so-called “transitional phases”, in those unique periods in which the unripe echo of the future comes to disturb the peaceful sleep of the current fashions, when the control over the ideas gets less rigid and often gives a glimpse of other worlds through the ladders of culture. From this point of view, there’s no band more representative of our times than this, which is going to be a new candidate to ferry us from music crisis to crisis music.
As suggested by the cover picture, “Sophia Verloren” is a still movement, a factory of paradoxes where the boundaries between contrary ideas and feelings fade away, between the sound of the words and the word of the sounds: a circular journey from the ancestral and metaphysical landscapes of “My Own Paranormal Activity” to the transfigurations of “Monday Morning Carnage”, through the various cases of possession in “Logsailor”, the unknown-purposed ritual of “Dried Fireflies Dust”, the silences of “…And The Snow Still Falls”, the physical oneirism of the title track, the ideograms of “A Daisy Field” and the surreal and iridescent nursery rhymes in “Steam”.
These songs seem to contain a new kind of virus, which doesn’t destroy the classical forms but does constantly slough off their genetic code: they carry no ideas or messages to communicate, they just provoke them.